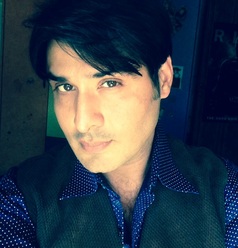 The super-efficient detectives Pankit Thakker & Bhanu Uday along with the team take on the modern day, devious, wily, kinky and deadliest criminals. Propelled by cutting edge forensic detection, Special Squad solves crimes that are ingeniously designed, meticulously planned and brilliantly executed. In short, Special Squad busts perfect crimes... almost perfect.
Pankit Thakker plays the role of a Casanova Cop Ajay Desai an investigator from the organization.
He is flamboyant, witty and also bends the rules once in a while. He is brave and courageous and often takes personal risks to solve crimes. His lack of discipline often angers Aryan Khanna played by Bhanu Uday who admires his work, indulges him and often protects him for bending rules and illegal ways of investigation.
Pankit Thakker has brought tremendous "animal magnetism" to his character Ajay Desai propelling the girls to literally swoon over him.
Every episode begins with a new crime, rarely extending to 120 minutes.
This show hiked its popularity due to these two actors named Pankit Thakker & Bhanu Uday.
Their acting is beyond any adjectives to express.
All in all this Series is highly recommend to crime genre loving people.
Press the below link to tune in.