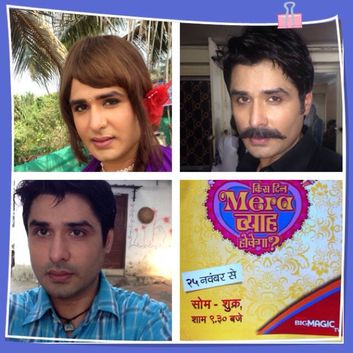 The charming actor Pankit Thakkers latest offering Kis Din Mera Viyah Howay Ga, a remake of a Pakistani sitcom where he was roped in to play a triple role as Daku Vikrant, Bablu and Babli, got him adulation not only from India; but also from Pakistan.
After doing various Genres from Family, Drama, Romance to Action Pankit wanted a role which would excite him and that is exactly what BIG MAGIC had on offer for this Noted Actor.
He took up this show because this is the first time he was playing a triple role, where in he would be a part of every frame and the best part and the USP of the show is the triple characters he plays with aplomb !
http://pankitthakker.tumblr.com/post/111666540159/pankit-thakker-in-kis-din-mera-viyah-howay-ga
Powered by